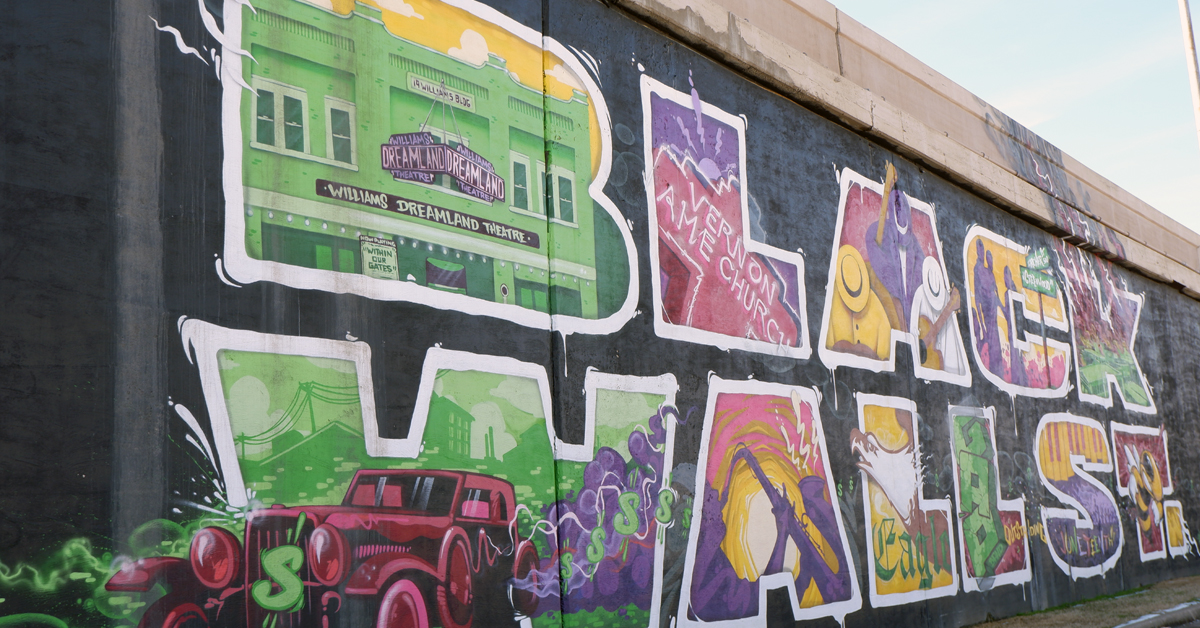 *This post may contain affiliate links to products, which mean I may receive a commission, at no cost to you, if you make a purchase through these links. As an Amazon Associate, I earn from qualifying purchases. Please see my Disclaimer.
Share
Pin29
Tweet
WhatsApp
Reddit
Share
Email
More
29 Shares

As we pass the half way point of Black History Month in 2020, I have found myself in deep thought after my recent trip to Tulsa, Oklahoma.

My latest travels took me to Oklahoma because of a program I am a finalist for, called Tulsa Remote. Tulsa Remote paid for my flight and lodging in hopes that as a full-time remote worker, I would consider moving to Tulsa permanently after visiting.

Before arriving, I knew very little about the state of Oklahoma, except that it was the middle portion of the United States known as “Tornado Alley”. I had never been to Oklahoma, never even considered going, and definitely had not considered potentially calling it home; But as someone who enjoys exploring new places, I was not going to turn down an adventure of my own unknown.

Although I didn’t know much about the south western state, I did know one thing about the city of Tulsa. I remember reading a truly small excerpt from my history book in school about this town. Tulsa, Oklahoma was the home of Black Wall Street!

A History I Never Truly Knew

As a teen, I recall hearing the term Black Wall Street and feeling so much excitement and a sense of pride because the people that looked like me, my people, were successful black Americans! When all you hear growing up in school are the stories of those that came before you were slaves and nothing else, it’s heartbreaking. This was the story of triumph that I wanted to hear about!

Unfortunately, the success story that I had been waiting to hear was quickly shattered. Black Wall Street in Tulsa, Oklahoma led to the Tulsa Race Massacre of 1921. The horrendous details of this event were left out of my history book, on purpose I’m certain, but this is something I have never forgotten and you shouldn’t either.

These are the days in which black Americans of the affluent Greenwood District of Tulsa, Oklahoma (Famously Black Wall Street) were violently attacked, murdered, humiliated, lynched, and shot at by mobs of white residents. Both children and adults carried out this hate filled attack on black Americans of all ages.

In about 18 hours, mobs managed to burn down homes and businesses in the Greenwood District. The buildings that didn’t get burned down were looted. The people that weren’t immediately killed and didn’t run off, were hung.

The total number of deaths has never been identified.

Why did this happen?

What fueled this savagery? A white woman by the name of Sarah Page accused a black teenager, Dick Rowland, of accosting her. This false accusation resulted in a mob of Tulsa residents, young and old, attacking the entire Greenwood District in retaliation. However, I have a hard time believing that this incident sparked an “impromptu” attack especially when the attackers had machine guns, airplanes, and bombs. Seemed like a well thought out planned, military-style, ambush.

I am truly only scratching the surface of what happened in 1921. The details of this domestic terrorism can be found in a few books that are available online.

Our history books didn’t tell us about this because they would rather it be kept quietly in the past. The shame on America’s history is already great and this only amplifies a truth that many would rather turn a blind eye to.

During my trip to Tulsa, I visited the Greenwood District. I was not coming all the way to Tulsa and not paying my respect to those that paved the way for me.

My spirit was uneasy during my visit as I stepped foot on Greenwood Avenue. I experienced a feeling of unrest — as if the ancestors are still not at peace. A large sum of the black community of Tulsa is still struggling. Upon first glance, it’s hard to envision that this was once the place for Black American’s to be!

I found there to be a sense of oblivion as well in many of the locals that occupied Tulsa. As if, this mass murdering of black citizens never occurred. Granted, it was almost 100 years ago, but there is little acknowledgment of this around town unless you are in the Greenwood District.

What is the Tulsa Community’s Response?

I spoke to a local white resident that was born and raised in Tulsa, Oklahoma. He said he never learned about the Tulsa Race Massacre in school. Ironically, he attended the Booker T. Washington High School, an all black school that opened in 1913 Tulsa until it was desegregated in 1973. Odd, right?

I spoke with an African American elder over 80 years of age. He had lived in the community all of his life. He explained that Tulsa has and never will be the same. This man also pointed out that Black Wall Street was truly massive, and it extended further than what is shown today.

What You Will See Today on Black Wall Street

I visited the Greenwood Cultural Center where I was able to tour the home of Mabel B. Little, a survivor and owner of one of the homes that was rebuilt after the Massacre. This is the only home still standing. Before her death, Mabel asked that this home be kept in the community and she wanted it to be on display for all African American children to come to, so they knew how their ancestors truly lived.

As you walk along the sidewalks near Black Wall Street, in Memoriam markers are located in cement around the Greenwood Historic District. These markers only display a few of the hundreds of businesses on Black Wall Street that were destroyed. Some business were reopened after the massacre while others never opened up for business again.

Visit Vernon A.M.E Church, directly across from the Greenwood Cultural Center on Greenwood Avenue. This is one of only three remaining buildings from Black Wall Street still standing in Tulsa, Oklahoma today. The church was rebuilt after it was burned down during the Massacre.

In 2021, it will have been 100 years since the Tulsa Race Massacre. Only 100 years! I am hopeful that what once was Black Wall Street, can one day return. However, in my opinion, a city that doesn’t want to recognize the sins that once were, is only bound to fail.

The heavy cloud that continues to cover Tulsa, Oklahoma will only hinder progress if reconciliation is not made. There are mass graves of the victims around Tulsa that the city has refused to dig up. In order to provide a proper burial for the families, many of the historians believe they know where these bodies are.

Nothing has been done yet. The black community in Tulsa and the remaining families that were victims of this have never been paid for the claims that were put in for their businesses and homes that perished.

Present day, only three buildings remain from the 1920s Greenwood District. It is estimated that there were over 600 businesses that thrived in the Greenwood district. This included attorney’s offices, drug stores, grocery stores, theaters, etc.

There are talks of plans for the Centennial of the Tulsa Race Massacre, but when I spoke to those in the community, they were not very optimistic. The land that rightfully belongs to the families, has not been returned. Rebuilding of the community has also not been fully achieved.

A college campus, Oklahoma State University, now sits on what was once part of the Greenwood District. I can’t imagine being content everyday in walking on top of the bodies that lay beneath the soil that have never been properly laid to rest.

As we continue to pay our respects to those before us during this Black History Month, I encourage you to continue to live in the present and plan for the future. Let’s celebrate black history all year long and never forget those that came before us. It’s not easy to talk about this but we must never lose sight of where we have been, and where we can go.

I encourage all black Americans to visit Tulsa to pay your respects and learn about what really happened during this massacre. I am not only challenging you, but I am challenging myself to contribute to the rebuilding of the Greenwood District. If there is any place we could rebuild a community, I believe we would do right by our ancestors by rebuilding, remembering, and telling our children about Black Wall Street in Tulsa, Oklahoma. 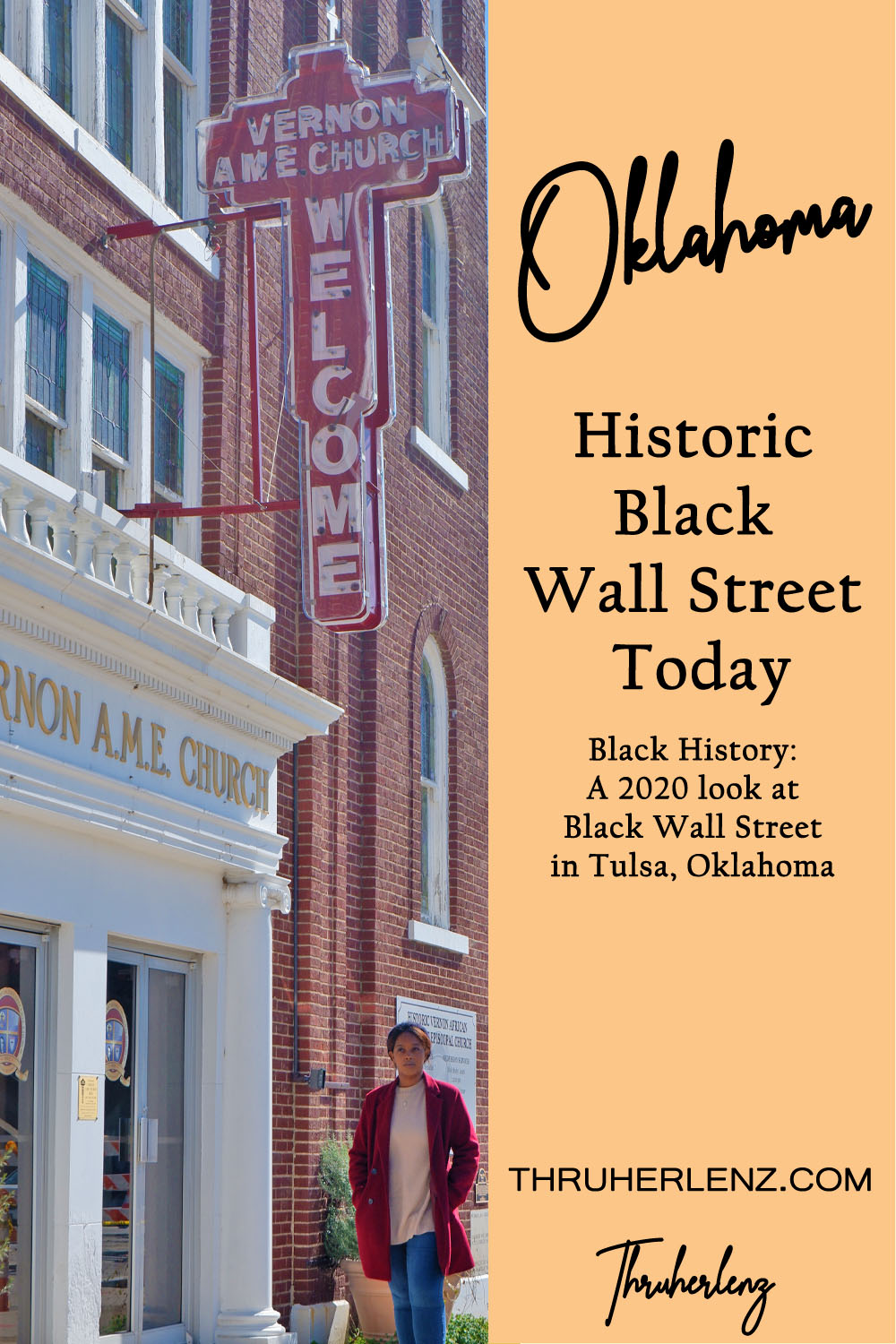 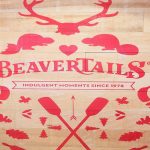 Photos to Inspire You to Travel to Egypt This Year!

How to Find All Inclusive Cheap Cruises

This website uses cookies to improve your experience while you navigate through the website. Out of these, the cookies that are categorized as necessary are stored on your browser as they are essential for the working of basic functionalities of the website. We also use third-party cookies that help us analyze and understand how you use this website. These cookies will be stored in your browser only with your consent. You also have the option to opt-out of these cookies. But opting out of some of these cookies may affect your browsing experience.
Necessary Always Enabled
Necessary cookies are absolutely essential for the website to function properly. These cookies ensure basic functionalities and security features of the website, anonymously.
Functional
Functional cookies help to perform certain functionalities like sharing the content of the website on social media platforms, collect feedbacks, and other third-party features.
Performance
Performance cookies are used to understand and analyze the key performance indexes of the website which helps in delivering a better user experience for the visitors.
Analytics
Analytical cookies are used to understand how visitors interact with the website. These cookies help provide information on metrics the number of visitors, bounce rate, traffic source, etc.
Advertisement
Advertisement cookies are used to provide visitors with relevant ads and marketing campaigns. These cookies track visitors across websites and collect information to provide customized ads.
Others
Other uncategorized cookies are those that are being analyzed and have not been classified into a category as yet.
SAVE & ACCEPT
29 Shares
Share
Pin29
Tweet
WhatsApp
Reddit
Share
Email
More