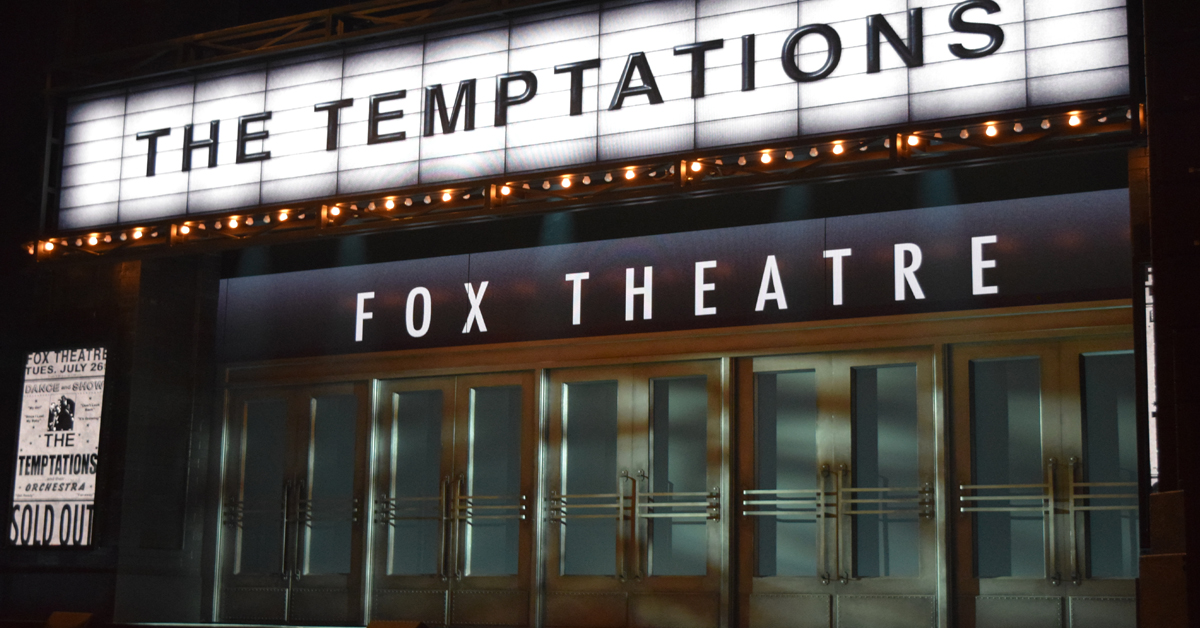 *This post may contain affiliate links to products, which mean I may receive a commission, at no cost to you, if you make a purchase through these links. As an Amazon Associate, I earn from qualifying purchases. Please see my Disclaimer.
Share
Pin1
Tweet
WhatsApp
Reddit
Share
Email
More
1 Shares

I am still humming and singing the songs from the Temptations! What a phenomenal show! I know the Temptations were way before my time, but my parents are of a particular age, so this music frequently flowed through our home.

The Temptations got their start in show business in the 1960s with the illustrious Motown Records.  An all male ensemble with vocal ranges that harmonized out of this world songs. Let’s not forget about the hits! Hits such as “My Girl,” “Papa Was a Rollin’ Stone” and of course, “Ain’t Too Proud” are still relevant to this day.

The Kennedy Center in Washington D.C. 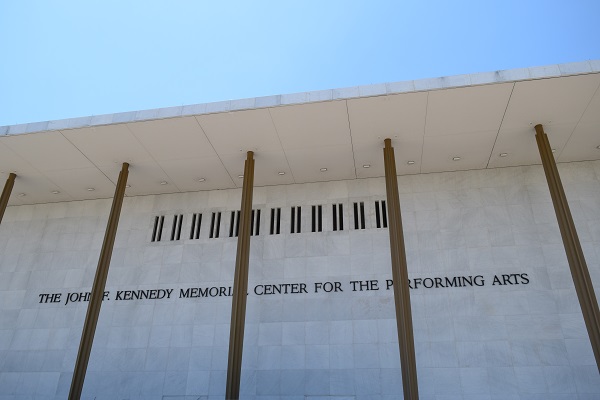 To briefly describe the Kennedy Center, this was of course named after former U.S. President John F. Kennedy and created in his memory.  The center is absolutely gorgeous and very tranquil as it lies along the Potomac River.

I don’t even want to waste time on the small details, let’s get to the show!

I sat in the Orchestra seats section giving me a great, close view of the stage. The matinee showing of the musical was sold out and the audience was diverse and ready for a good show.

The show opens with the last surviving member of the Temptations, Otis Williams. He narrates the story as we travel back in time to see how the group got its start. From beginning to end, the show aimed to please. The actors, listed below, were passionate and embodied the essence of each Temptations member. Oh, and yes they can all SANG.

I don’t want to give away too much detail of the show, since I hope you will see it (and I don’t want to get in trouble), but the musical chronicles the trials and tribulations of the members in the legendary group.  From chart topping hits, family ups and downs, and the upsets of drug addictions.

There were moments where I laughed out loud, felt as if I were at a concert, and then there were the touching movement’s that highlighted life’s tribulations where I wanted to cry. This truly touches all of your emotions.

How Many Stars would I Rate this Musical?

I would give this musical 5 stars! Truly, I just absolutely loved it. I am so glad this is headed to New York to become a staple Broadway show. I would absolutely see this again and I would recommend this show to anyone who loves good music and of course, loves the Temptations!

Watch the sneak peak for Ain’t Too Proud! 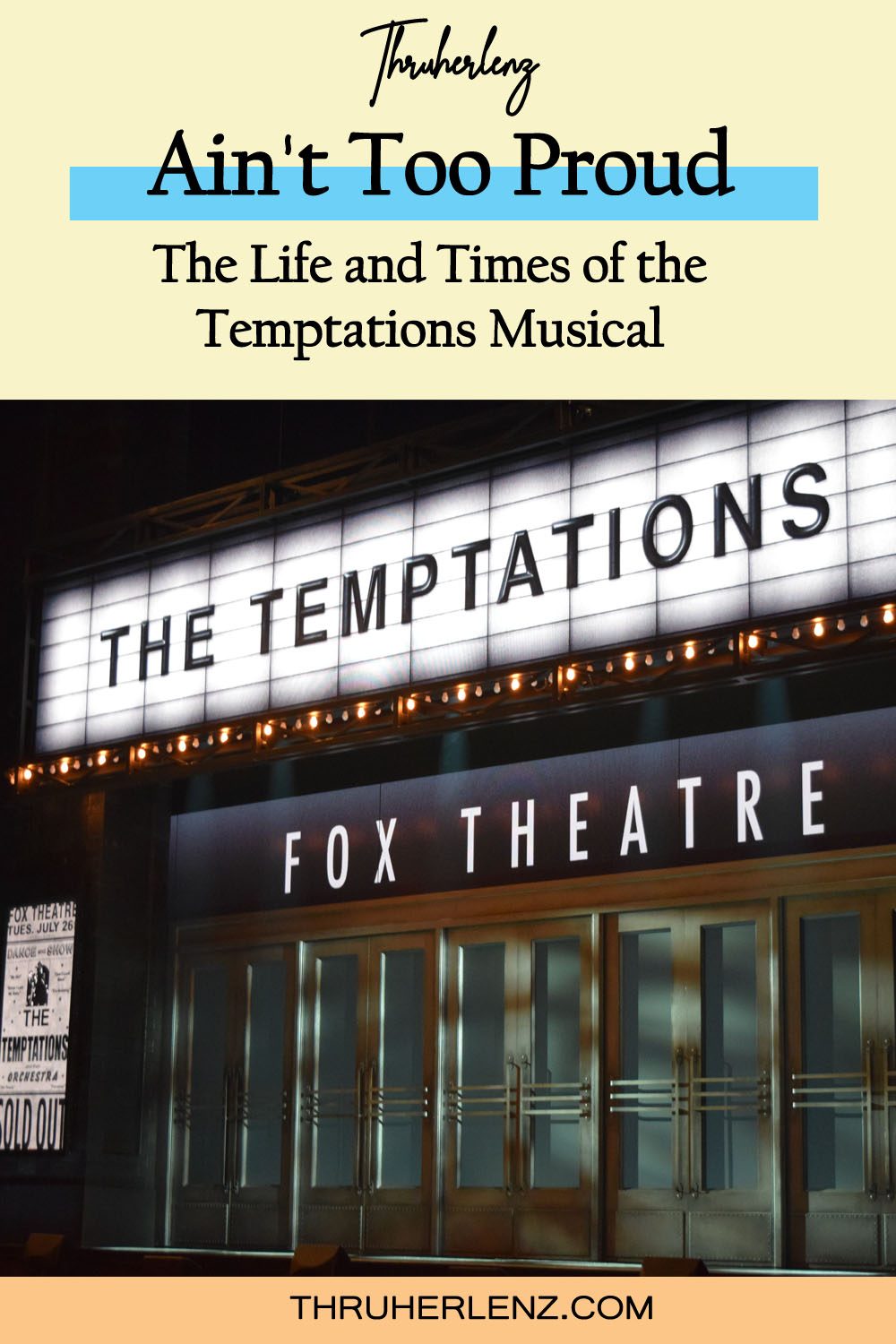 Description
This article is about the Broadway Musical, Ain't Too Proud: The Life and Times of the Temptations!
Author
Lenzee Gillette
ThruHerLenz 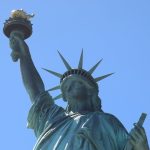 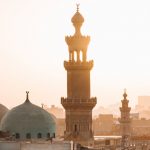 8 Day Itinerary to Egypt: Travel to Egypt This Year!

See Houston’s Most Popular Street Art Murals on a Bike

Free Items That Flight Attendants Can Give You on a Flight!

This website uses cookies to improve your experience while you navigate through the website. Out of these, the cookies that are categorized as necessary are stored on your browser as they are essential for the working of basic functionalities of the website. We also use third-party cookies that help us analyze and understand how you use this website. These cookies will be stored in your browser only with your consent. You also have the option to opt-out of these cookies. But opting out of some of these cookies may affect your browsing experience.
Necessary Always Enabled
Necessary cookies are absolutely essential for the website to function properly. These cookies ensure basic functionalities and security features of the website, anonymously.
Functional
Functional cookies help to perform certain functionalities like sharing the content of the website on social media platforms, collect feedbacks, and other third-party features.
Performance
Performance cookies are used to understand and analyze the key performance indexes of the website which helps in delivering a better user experience for the visitors.
Analytics
Analytical cookies are used to understand how visitors interact with the website. These cookies help provide information on metrics the number of visitors, bounce rate, traffic source, etc.
Advertisement
Advertisement cookies are used to provide visitors with relevant ads and marketing campaigns. These cookies track visitors across websites and collect information to provide customized ads.
Others
Other uncategorized cookies are those that are being analyzed and have not been classified into a category as yet.
SAVE & ACCEPT
1 Shares
Share
Pin1
Tweet
WhatsApp
Reddit
Share
Email
More