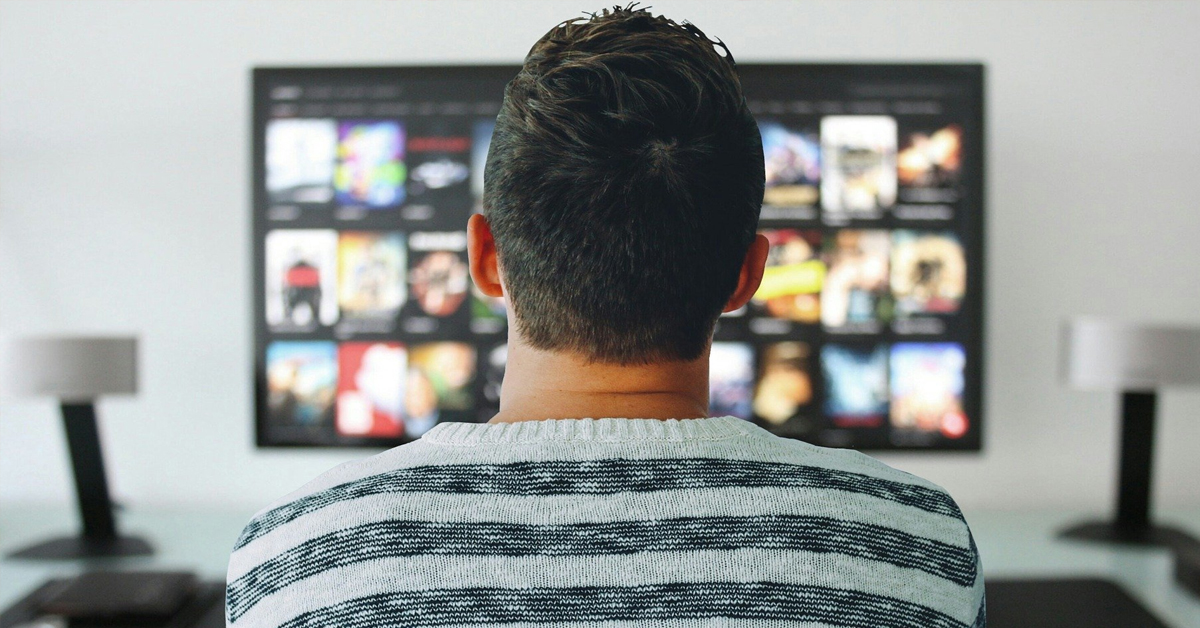 *This post may contain affiliate links to products, which mean I may receive a commission, at no cost to you, if you make a purchase through these links. As an Amazon Associate, I earn from qualifying purchases. Please see my Disclaimer.
Share4
Pin1
Tweet
WhatsApp
Reddit
Share
Email
More
5 Shares

While being quarantined to the confines of your home may seem endless and driving you stir crazy, there’s many ways to get creative to spend the time wisely. Staying home, or sheltering in place, is not only for working and turning the kitchen table into a school desk, but also the perfect opportunity to watch Netflix and binge watch all day.

On top of the need to stay in and social distance from others, if you’re anything like me, then the traveler in you is having a difficult time not being able to scratch that travel itch. No flights booked, cruises planned or hotel reservations made. It’s rough.

Understand, with a deadly pandemic spreading country to country, it is wise that we do our part and stay home. But there’s no reason that the adventures we yearn to take once again can’t be lived out through the screen!

“Netflix & Chill” has truly taken on a different meaning in recent days. Keep reading to find a list of 15 of my favorite movies and shows on Netflix from all over the world that are sure to keep your travel bug at bay while at home! Watch shows that feature Mediterranean views, African Safaris, Southern charm and much more!

So, book an international or domestic series or movie and buy your seat on the couch. Let’s “Netflix and Travel”!

Jump to a Destination

The List of Show and Movies to Inspire You to Travel

If you have yet to tune in to Marty Byrde and his family as they work hand in hand with a drug cartel, the you are missing out! Season 3 of this series premiered in late March of 2020 but this series is worth binge watching from the very beginning with 10 episodes per season.

Although Ozark is actually filmed in Georgia, the series takes place in the Midwest on the lake of the Ozarks in Ozark, Missouri .

So if small town charm, Midwestern roots and tons of drama is right up your alley, then for your first stop head over to Ozark, Missouri!

Let’s go international and fly over to Spain!

This Spanish drama will not only keep you on your toes as it follows the lives of high school students through a tragic incident, but also give you some great views of Madrid!

Netflix and Travel to beautiful Monaco! Adam Sandler and Jennifer Aniston travel by plane, boats, cars, and everything else you can imagine as this funny murder mystery unravels! This movie will give you amazing European views as you watch from the comfort of your home.

The principle photography of this film was taken in Montreal while most scenes were filmed along the Mediterranean Sea in Monaco and in Italy!

Travel to California and back to the 1970s as Dolemite, played by Eddie Murphy, takes his struggling comedy act to the big screen.

The reviews for Narcos have been great since season 1. This is a series that I have personally not watched yet, but it’s on my Netflix travel list!

Let’s practice our Spanish and head to Colombia first for seasons 1 & 2, then we will catch a flight to Mexico for seasons 3 & 4.

My absolute favorite! This series premiered on NBC in 2018 and currently in it’s 3rd season. We are heading back to the Midwest and making a stop in Michigan to follow the lives of three mothers desperate for money that get involved much deeper than they anticipated.

You can watch seasons 1 & 2 on Netflix to catch up but season 3 is currently running on NBC on Sunday nights.

If you’re missing not being in the office, then take a trip to Scranton, Pennsylvania and enjoy the comedic series, The Office. In Syndication now, catch all 9 seasons in the catalog now.

Just don’t wait too long! The Office will be leaving Netflix come January 1, 2021.

Virus outbreak. A Bunker. A mysterious rain that kills people. A new world.

Catch me in Denmark with this Danish post-apocalyptic series. With 2 seasons out and the third and final season on the way, this English dubbed series will definitely keep you on edge while in quarantine. With an unknown virus that is infecting the the population, this may seem bit odd to watch in current times, however, it’s a fictional virus that is much more extreme than one spreading today.

Continuing our stay over seas on Netflix, our next travel adventure takes us to the Mother Land. The Wedding Party will give you family drama, culture, and a good time! This one is great for the whole family.

10. Zambia
Movie – Holiday in the Wild

Yes, it’s your average love story. Boy meets girl, they fall in love, blah blah. But this one takes place in south-central Africa in the beautiful Zambia.

Even though this is a Christmas movie, this is still a great film to put the family in a wonderful mood. If you have dreams of a safari adventure post-coronavirus, then wet your palette and bring the kids with this Netflix movie!

A personal favorite of mine stars Marlon Wayans in Naked; A comical story reminiscent of the 1993 movie Groundhog’s Day but with a modern take. The movie takes place in the beautiful southern city of Charleston, South Carolina. You’ll catch glimpses of historic southern charm as Marlon attempts to make it to his Wedding in what seems like a day that just won’t go right.

Love Drunk is the epitome of the ultimate girls trip! Head to Ibiza and let your girls know that as soon as life gets back to normal, that this is the next trip!

Until then, add this crazy Netflix movie to your list and Travel to the hottest city in Spain!

Get to know Nola Darling as she manages life in Brooklyn. Based off the 1986 movie She’s Gotta Have It, Spike Lee adapted the movie to a modern day series. Unfortunately, She’s Gotta Have it only lasted 2 seasons, but it’s definitely worth still binge watching 19 episodes!

Looking for a more serious drama to get into? Check out Black Earth Rising as we head to the UK and follow the journey of Kate Ashby, played by British actress Michaela Coel, as she tries to take down an African militia leader.

The scenes that act as Rwanda were actually filmed in Ghana.

Follow British comedian Jack Whitehall as he travels the world with his father. Already in it’s 3rd season, Jack and his father Michael, hit the streets and keep their witty sense of humor.

You’ll visit Thailand, Germany, Ukraine, Turkey, and head out to the west in the United States.

Please know that this article is written only in fun during a time of much loss and unknown in the world. I am personally appreciative for all of those that have been putting their lives on the line for all of us. I pray for those that have been affected by Covid-19 (Coronavirus) and that we continue to cherish today and to enjoy this time with our loved ones as we endure this pandemic. 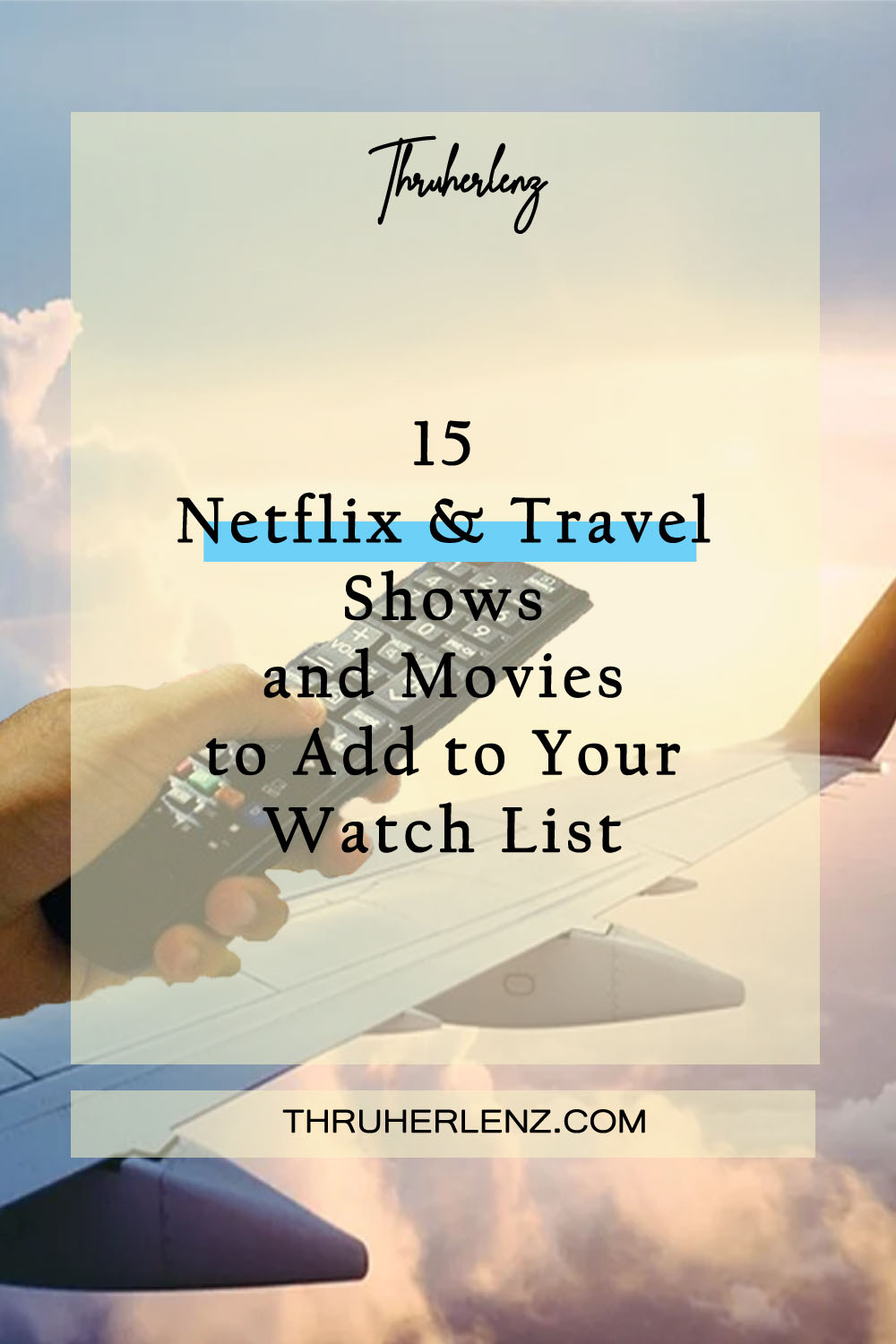 Article Name
HOW TO TRAVEL THROUGH NETFLIX SHOWS AND MOVIES
Description
This article is about how to travel at home by watching these Netflix shows and movies with worldwide plots!
Author
Lenzee Gillette
ThruHerLenz 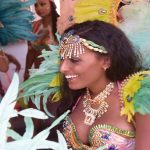 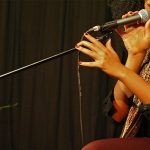 7 Tik Tok Travel Hacks That Are Actually Worth Trying

This website uses cookies to improve your experience while you navigate through the website. Out of these, the cookies that are categorized as necessary are stored on your browser as they are essential for the working of basic functionalities of the website. We also use third-party cookies that help us analyze and understand how you use this website. These cookies will be stored in your browser only with your consent. You also have the option to opt-out of these cookies. But opting out of some of these cookies may affect your browsing experience.
Necessary Always Enabled
Necessary cookies are absolutely essential for the website to function properly. These cookies ensure basic functionalities and security features of the website, anonymously.
Functional
Functional cookies help to perform certain functionalities like sharing the content of the website on social media platforms, collect feedbacks, and other third-party features.
Performance
Performance cookies are used to understand and analyze the key performance indexes of the website which helps in delivering a better user experience for the visitors.
Analytics
Analytical cookies are used to understand how visitors interact with the website. These cookies help provide information on metrics the number of visitors, bounce rate, traffic source, etc.
Advertisement
Advertisement cookies are used to provide visitors with relevant ads and marketing campaigns. These cookies track visitors across websites and collect information to provide customized ads.
Others
Other uncategorized cookies are those that are being analyzed and have not been classified into a category as yet.
SAVE & ACCEPT
5 Shares
Share4
Pin1
Tweet
WhatsApp
Reddit
Share
Email
More